Slimming down the lens choices... 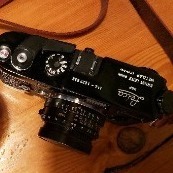